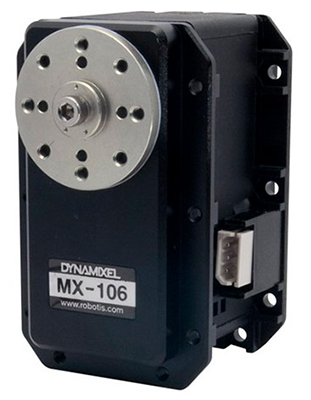 The MX-106T Dynamixel Robot Servo Actuator is the newest generation of Robotis Dynamixel actuator; equipped with an onboard 32bit 72mhz Cortex M3, a contact-less magnetic encoder with 4x the resolution over the AX/RX series, and up to 3mpbs using the new TTL 2.0 bus. Each servo has the ability to track its speed, temperature, shaft position, voltage, and load. As if this weren't enough, the newly implemented PID control algorithm used to maintain shaft position can be adjusted individually for each servo, allowing you to control the speed and strength of the motor's response. All MX Series servos use 12v nominal voltage, so AX & MX Dynamixels can be mixed without having to worry about separate power supplies. All of the sensor management and position control is handled by the servo's built-in microcontroller. This distributed approach leaves your main controller free to perform other functions. 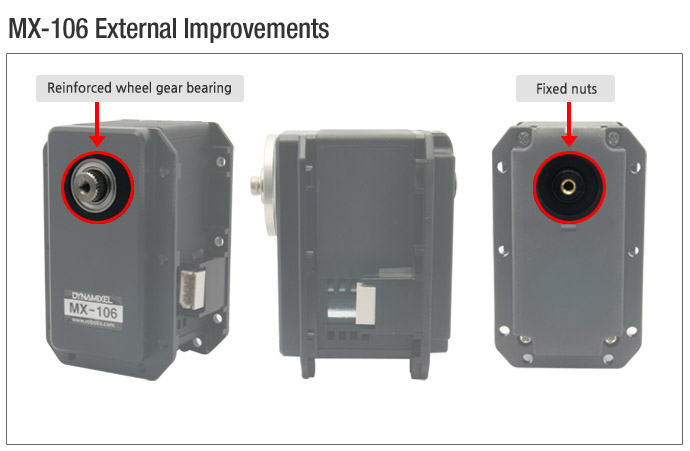 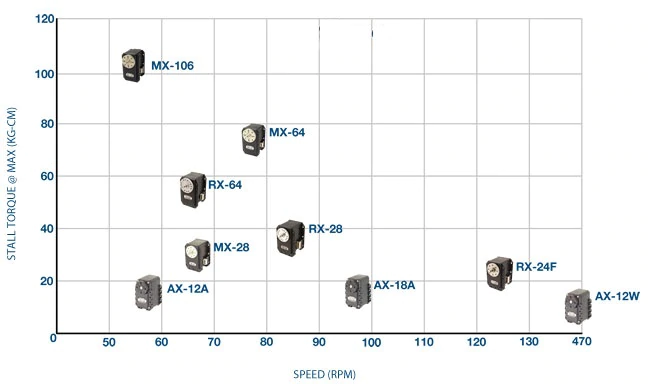